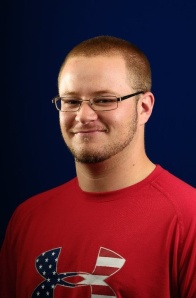 Andrew joined the Gwinnett Braves in January 2016, becoming a Media Relations Trainee. The G-Braves are the Triple-A affiliate of the Atlanta Braves in Lawrenceville, GA. He contributed to the G-Braves’ official website and blog, plus game day program, media guide and daily game notes and press releases during the 2016 campaign.

He spent the 2015 season as a Media Relations Intern for the New Orleans Zephyrs, Triple-A affiliate of the Miami Marlins, contributing stories to the Zephyrs’ team website, along with daily game notes and press releases.

Andrew joined the Zephyrs following two years as a staff writer for The Courier News/Home News Tribune in Central New Jersey. While at the newspapers, he covered high school sports in Hunterdon, Middlesex and Somerset counties.

He graduated from Towson University in May 2012 with a degree in Communications and a minor degree in English. While at Towson, Constant was the Sports Editor of The Towerlight, the school’s student-run newspaper.

Before attending Towson, Constant went to South Brunswick High School (NJ), where he played baseball and wrote for the school’s newspaper, The Viking Vibe.

Constant is an avid sports fan and shares his views on his favorite teams passionately. His opinions about such teams can be found on his personal Twitter page (@andrew_constant).

All stories posted on this website are his own and they have been in print at the date listed with the story.

If you have any questions or would just like to get in touch with Mr. Constant, links can be found in the ‘Contact’ page.