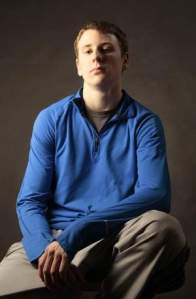 Two years ago, Union Catholic High School’s Zach Ghizzone was a baseball player who joined indoor track to stay in shape for baseball season. But, with the will to win and the desire to be great, Ghizzone emerged as one of the stars for Union Catholic’s track team, and this winter made a name for himself as one of New Jersey’s best athletes.

Ghizzone took home the gold medal in the 55-meter hurdles at the Meet of Champions with a time of 7.51 and helped Union Catholic win the Union County and Non-Public B team titles.

He is the Courier News Boys Indoor Track Athlete of the Year.

“This is truly an unbelievable feeling,” Ghizzone said. “I started off the season talking to the coaches and my teammates and I knew that we would be a team to be reckoned with. I just never thought I’d be this good.”

Along with the 55-meter hurdles, Ghizzone runs on the Vikings’ 4×400 relay team, but he was injured and didn’t compete at the Meet of Champions. He said that he had to persuade his coaches to let him run in the 55-meter hurdles and it’s a good thing they obliged.

“He matured as a person and he saw what the hard work was doing for him,” head coach Mike McCabe said. “He ran cross country for us and it helped him get stronger for the winter track season. He had a great season of training, and the additional effort he put in, together with his skills, put him over the top.”

The extra work that he put in included running on the cross country team for the first time, something Ghizzone did only because they needed some extra runners.

“Cross country is not my favorite sport, but I did it for the better of the team,” Ghizzone said. “I ran well in my first couple of meets and when I got the distance down in me, it helped me in the winter.”

Ghzzone said that he learned a lot from running cross country that he took into the winter track season, including how to pace himself better and finish 400-meter races with better speed and energy.

At the Non-Public B State Tournament, Ghizzone was part of the winning 4×400 team that clocked 3:28.30, 12 seconds faster than second-place Roselle Catholic.

But Ghizzone’s crowning moment of the season came when he won the Meet of Champions title in the 55-meter hurdles.

“I took some big steps in hurdles this year; to go from 7.8 last year to 7.51 this year is a good feeling,” Ghizzone said. “When I heard my name at the end of the day, I jumped up in the air and gave a big fist pump and my grandparents were there so it was exciting for my whole family. It felt so great to win.”

One member of Ghizzone’s family that was there was his teammate and brother Andrew, a junior on the Vikings squad who excels in the 1600. Having Andrew on the team helps push Zach to new heights, especially when they’re competing in different events.

“It’s pretty cool to have him on the team,” Ghizzone said. “My brother quit baseball to run track and I did the same. We’re overly competitive and it’s better than we don’t do the same events. My dad hates it when we do the same event, because we trash talk to each other a lot. When he succeeds, it’s just as good as when I do well.”